Is Your Financial Reporting SEC Compliant?

When you hear those letters, SEC, what comes to mind? To some it’s the call sign of a superhero tasked with protecting the American people from fraud and keeping Wall Street accountable. To others it’s a dreaded governmental bureaucracy creating endless paperwork and headaches. So although many of us are familiar with the SEC from news headlines, not everyone knows just what it is and how it really affects their business.
Before the creation of the SEC, securities regulations were relaxed and rarely followed. There was little widespread knowledge of how the market operated, and it made for fairly easy sales. Investors were manipulated left and right and after putting their money down on a “sure thing”, found themselves left in the dust without a dollar to show. After The Great Crash of 1929 there was a significant shift. The public was no longer confident in the market, and the Depression took away many of the potential investors who would have given money left and right in the previous decade. There was a cry for accountability, transparency, and regulation. Congress heard these cries and by 1934 the Securities and Exchange Commission, or SEC, was born.

Of the many rules the SEC laid down one of the most important was that businesses must provide operational information to the public in order to show their financial health, thus giving investors the knowledge to make informed decisions.

Just like in 1934 when the SEC was first formed and businesses had to change their record keeping and reporting processes, new regulations are brought out all the time that change the way corporations operate behind the scenes.   The Sarbanes-Oxley Act of 2002 had many companies looking for new ways to help with their corporate and audit accounting as rules and penalties became much stricter. The technology of the early 2000s was a great investment for many companies who found not only that it was easier to comply with all the new regulations, but that they were operating more efficiently.

However, times have changed, business has evolved, the world is faster, and the technology of 2002 won’t cut it in today’s environment. New software is needed to keep up, and technology providers like ReconArt deliver financial reconciliation tools that keep companies compliant, risk-minimized and operationally efficient.

In the ancient Sumerian civilizations stone tablets and hieroglyphics were used for recordkeeping. In the 1920s books full of pen on paper were the tools of the trade. During the 1990s and into the noughties multiple spreadsheets were used to compare a company’s internal records with their external data. Today latest generation reconciliation software such as the ReconArt’s Total Reconciliation Lifecycle™ solution has once again revitalized the way businesses operate. 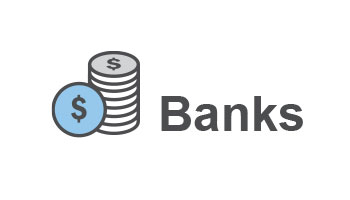 The Client is an online bank – a new generation banking institution that strives to make a difference through technology.